LED ceiling lights are becoming an ever-increasingly popular way of lighting any indoor space, whether it be commercial, residential or industrial.

Offering many benefits over other types of bulbs, especially the incandescent bulbs that LEDs are rapidly replacing, LED ceiling lights give many advantages such as lower power consumption, lower heat output and a much longer lifespan.

What are the different types of LED Ceiling Lights?

There are three main types of ceiling light, distinguished by their installation methods. Each type of light has circumstances that they particularly benefit from, as well as considerations to contemplate when choosing what kind of light to install. We will go over how to decide which type of bulb is best for your circumstances, but first, let’s look at the main types of LED ceiling lights.

Recessed LED ceiling lights are possibly the most common use for LEDs when it comes to efficiently lighting a large space. No matter what form the recessed light takes, lights such as these offer the advantages of bright, stylish lights without any protruding parts.

There are three types of recessed LED ceiling light, and they are the following:

– LED Downlights, which as the name suggests offer a fixed lighting position which shines down from the ceiling and spreads out to illuminate a large amount of space beneath. This is probably the type of ceiling light that most people picture when discussing individual recessed LED bulbs. 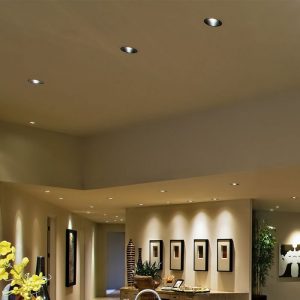 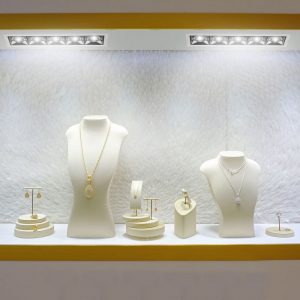 –LED Spotlights, in contrast to downlights, will usually feature either a directional, or adjustable, beam of light, making them perfect for illuminating specific objects or sections of a room or adding extra light to specific areas that need more than the rest. 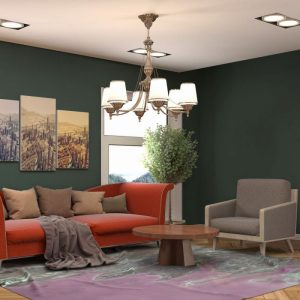 – Recessed LED panels, as the name suggests, are flat panels which usually have a cluster of bulbs behind a diffusing filter. 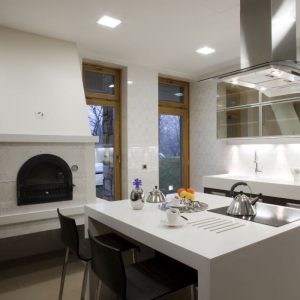 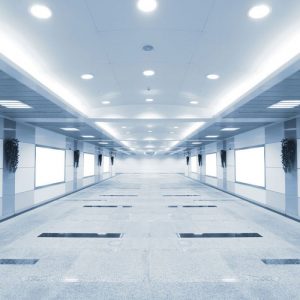 Surface-mounted LED ceiling lights come in a huge variety of styles, designs and types. This wide range allows for an endless list of different applications, allowing the selection of the exact right lighting type for the job. Some types of surface-mounted LED lights include: 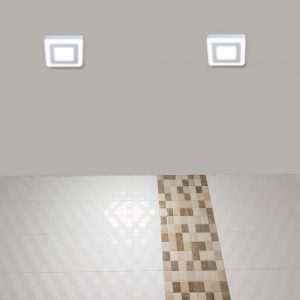 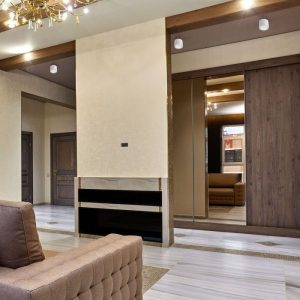 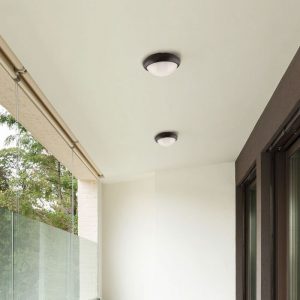 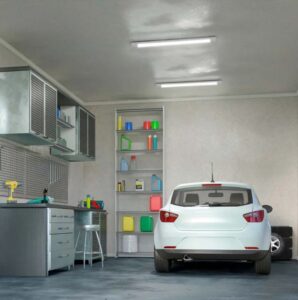 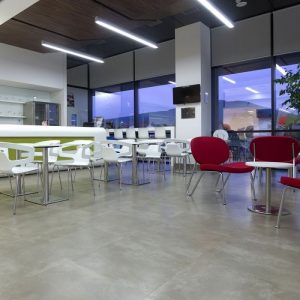 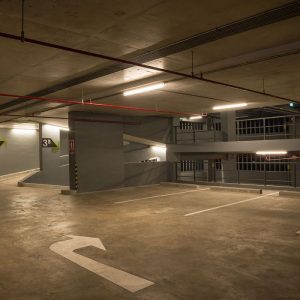 Hanging lights are any light which extends out from the ceiling and is most commonly found in domestic circumstances, and come in an endless array of designs to suit any interior design aesthetic. The main types of hanging lights are: 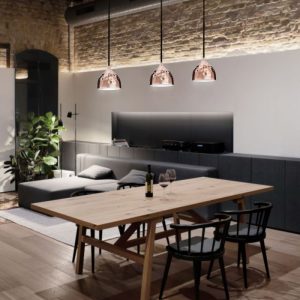 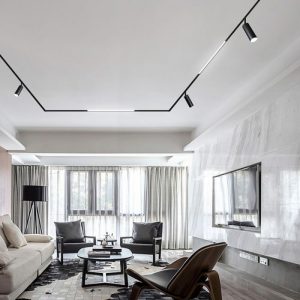 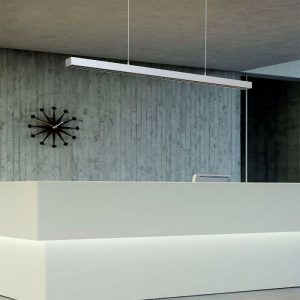 How to choose LED ceiling lights?

Now we have explained the different types of ceiling lights, let’s look at the elements of the space you wish to light and how you can figure out which type of LED ceiling light would be best for you.

The size and layouts of the room you want to light are going to have a large impact on how you light it, not only when choosing the style of lighting you want, but the number of LED bulbs and switches, the placement and layout of the fittings to ensure optimal lighting coverage, and much more.

For example, in smaller, more cramped spaces with lower ceilings, having your lights recessed and almost flush against the ceiling can work well to make a space look bigger, as recessed lights will not break up and obscure the large, flat surface of the ceiling.

Especially in rooms with low ceilings, having a protruding light fitting may get in the way of moving around the room.

In contrast, however, for large, bright rooms with high ceilings, a pendant ceiling light might be exactly what is needed to use as a focal point to stop you from feeling lost in a large room. By considering these things before choosing your light fittings, you stand the best chance of being happy with your choice.

Whilst there are advantages to the different colours of lights – for example, yellow lights tend to cause less eye strain whereas blue lights make it easier to see clearer – but especially when lighting a home it mainly comes down to personal preference.

If there are specific areas of your room in which you wish to have a different amount of light from others, for example, if you have a focal point you wish to highlight, or if you use light and shadows in aspects of the design of your space, then considering the light intensity and beam angle, which affects the spread of the light, is important.

How to replace a recessed downlight bulb?

One aspect of recessed LED Downlights that can put people off is the seeming difficulty when it comes to changing bulbs. However, it can be as easy as changing any lightbulb, and once you know how to do it, it is incredibly straightforward, and the advantage with LED bulbs is that you shouldn’t have to be changing them very often anyway.

Note: If you struggle to get a hold of the bulb once the fitting is off, recessed bulbs are smooth on the face, so a small suction cup can be attached allowing you to gently pull the bulb towards you for removal.

As with all advice, ensure that you consult an electrician or lighting specialist before conducting any electrical work unless you are absolutely sure what you are doing.

For domestic use, all mains-powered LED ceiling lights require a transformer. Some LED lights have transformers built into the bulb casing, and some may have an external transformer or driver.

The reason that a transformer is needed is that LEDs use much less voltage than the mains-delivered 240 volts. In fact, almost all LED bulbs only use between 1.8 and 3.3 volts, so a transformer is definitely necessary to avoid overloading.

How do I dim LED ceiling lights?

Not all LED ceiling lights are designed to be dimmed, so ensuring that you purchase the correct bulbs is paramount, as trying to dim non-dimmable bulbs could result in unwanted effects such as flickering and a shortening of the bulb’s lifespan.

As well as ensuring your bulb is dimmable, make sure that your dimmer is designed for LEDs, or you may find that you run into problems and your dimming ceiling lights do not work as intended.

For more information on types of the LED bulb, see our guide to buying LED bulbs.

There is no hard evidence that ceiling lights attract any more or fewer bugs than their original counterparts, however as they do not get as hot, bugs may tend not to hang around as much as if you were burning halogen, or particularly incandescent, bulbs.

Should I put LED lights on the wall or ceiling?

The short answer: Yes! Depending on your purposes, LED wall lights, ceiling lights, or a mixture of the two, could be an easy and cost-effective way of lighting any space.

How long do LED downlights last?

According to some studies, LED downlights boast up to a whopping 50,000 hours of lifespan, that’s a staggering 25,000 times longer than the measly 2,000 hours offered by halogen bulbs!