How to Choose an LED Driver?

LED lights are sensitive to voltage variations and have to be operated with a constant low direct current, but our electric power grids run on alternating current (AC) as standard. Therefore, LEDs need a separate LED driver device to convert the higher voltage AC to DC. But how do you know how to choose the right LED driver? We answer this and other FAQs about LED drivers below. 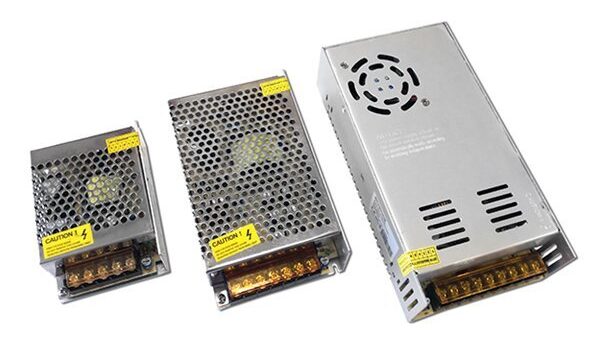 What is an LED driver, and how does it work?

An LED driver, also known as an LED power supply, is a unit that ensures the right amount of current is supplied to your LED lights. It takes the mains electricity and converts it down to the required Direct Current (DC). The device works similarly to the transformers for low-voltage bulbs or ballasts for fluorescent lamps. 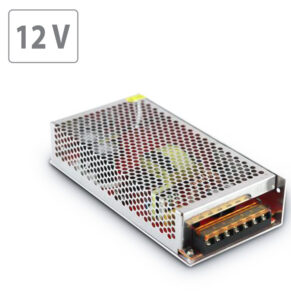 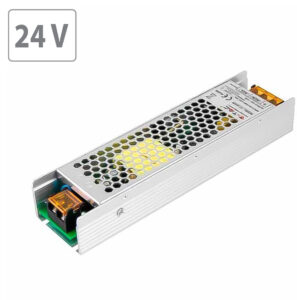 Which LED driver do I need?

Merchants offer a huge variety of LED drivers which differ in voltage, power, operating mode, and many other qualities. Here are a few things to consider when buying the right power supply for your LEDs. 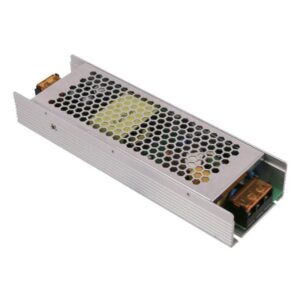 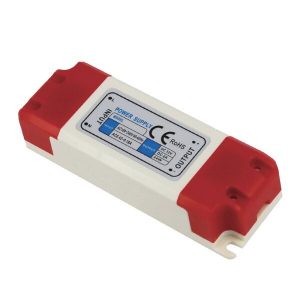 Determine how many watts your LED device consumes. Ideally, you should select a power supply with a wattage that is at least 20% more than the total watts of your LED lighting system. Anything rated less than this will overwork the driver.

An LED driver’s efficiency is the amount of AC wasted or not converted to the direct current during DC conversion. A 1000W power supply rated at 80% efficiency at full load means that the unit pulls a total of 1200 watts to supply 1000 watts of power. That means the additional 200W gets wasted as heat. This puts an extra load on the unit and inflates your power bill.

LEDs that operate on constant current drivers have a designated current supply specified in amperes (A) or milliamps (mA). They are often used to power LED strips in a series where the strips are mounted in a row. Constant current power supplies drive applications like LED spotlights, soft lights, and lamps.

The abbreviation IP stands for Ingress Protection, which means protection against intrusion. An IP rating is crucial for the proper functioning and safety of the power supply device where foreign objects or moisture might pose a risk to users and circuitry alike.

The first digit specifies the device’s protection level against solid objects and dust. The second digit symbolises the quality of protection against water at varying angles, depths, intensities, and immersion pressure. The higher the second digit, the better the device is protected against liquid.

LED power supplies are available in two main types – mains ready and “plug and play.” Plug and play drivers are designed for easy and quick installation. The power supply connects to the mains electricity via a standard 3-pin plug, and the LED through male and female connectors. A mains-ready driver would require you to go through several advanced steps of installing the power supply and setting up the unit before it would work.

How many LEDs can you run with a LED driver?

You can run several LED lamps off a single LED power supply. However, the total number of LED watts should not exceed the wattage the power supply produces. For example, if you want to connect 10 LED lights to a driver, and the lamps use 15 watts each, you’d need a 180-watt power supply. 15 watts x 10 lights = 150 watts and 150 is 80% of 180.

What is the difference between an LED driver and a transformer?

How does an LED driver differ from a conventional power supply?

The specification for an LED driver is the current output. The driver is designed to limit the current flowing through the LED. It’s often already permanently installed in the light for many LED spotlights, such as LED strips and outdoor lights. In contrast, you can imagine a conventional power supply as a voltage supply rather than a current supply.

Is it wired in series or parallel?

LEDs can be connected in series or parallel, depending on the light source. LED lamps with 350mA, 700mA and 1050mA are usually wired in series. LED lighting with 12V, 24V, and 230V are often wired in parallel. Each bulb connected in parallel has its own circuit. If one bulb fails, the rest don’t automatically fail as well.

Does my driver need to be waterproof?

Yes, but even if the power supply is rated IP67 and is fully waterproof, it shouldn’t be installed in places that are constantly flooded.

Do I need a dimmable driver to dim colour-changing LED tape?

How and where to mount an LED driver?

Most LED drivers can be connected very easily as they usually come with standardised plugs. Even so, the place where the LED transformer is installed can affect its lifespan. Strong winds can damage it if it’s mounted in an outdoor location. A room that gets extremely hot or cold can significantly shorten your driver’s life, so make sure you mount your driver in a clean, climate-controlled environment.

How do I tell if an LED driver is bad?

Test the AC input with a voltage multimeter. This way, you can be sure your driver is receiving the right input.

Here at Smart Lighting Industries we have a wealth of experience in the lighting world and are interested in sharing our knowledge. Don’t hesitate to contact us should you need any help choosing a suitable LED driver for your LEDs.

Newer High Bay LED Lights Buying Guide
Back to list
Older How to Pick The Best LED Street Lighting for Any Road?
Menu