What is a PIR sensor? PIR stands for Passive InfraRed. It is passive because the sensor itself does not emit any energy, but is able to detect it. A PIR sensor is usually used in domestic burglar alarms or automatic lighting systems as a security measure. This is because it does not need to come into contact with an object to detect its motion. Instead, it sees through the movement of infrared wavelengths that all people, animals and objects emit as they move through a space. 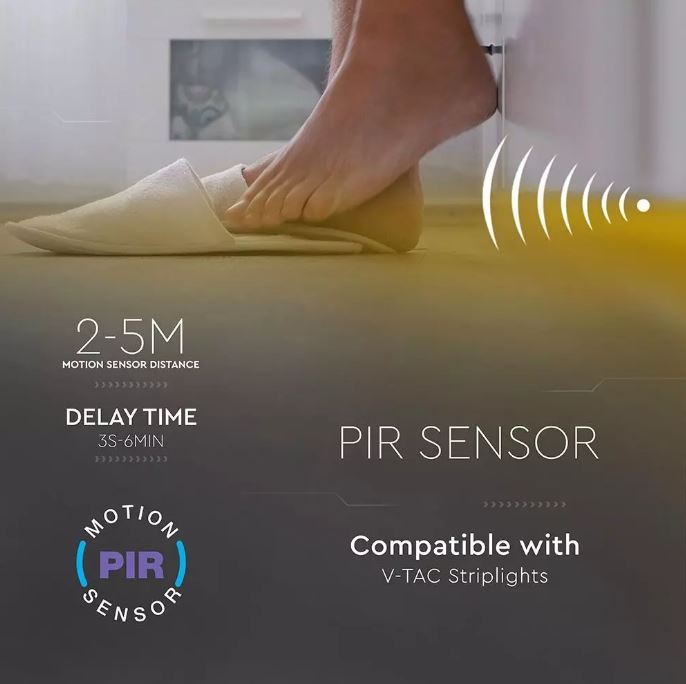 You can connect a PIR sensor to your lighting systems to control when the light will switch on and off without having to use the mains switch. This consumes less energy and can save on electricity bills if used to switch lights on when the room is occupied and off when it is vacant. It is also an effective deterrent for opportunist intruders. If you are out of the house, the lights switching on when they detect movement will panic a burglar and keep your home safe.

This article will cover everything you need to know about PIR sensors and how to install them in your home.

How does a PIR sensor work?

PIR sensors can detect infrared that radiates from all objects that emit heat. The sensor’s lens has two slots that are able to look out into the surrounding area. When nothing is passing through a space, the two slots detect the same amount of infrared, keeping the sensor inactive. When something passes by, one slot will detect a different amount of infrared from the other. This causes a positive differential change between the two bisects and when it leaves the field of detection, this creates a negative differential change. 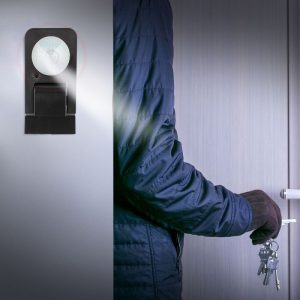 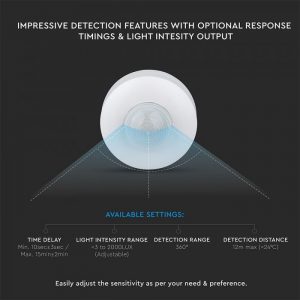 Essentially, when the sensor detects motion through the change in infrared it opens the relay, breaking the circuit and triggering the alarm or lights that the sensor is linked to. When the infrared returns to the normal amount, the lights will switch off. Your sensor will stand guard, constantly monitoring the infrared wavelengths and ready to react the moment they change. This helps to control when your lights switch on or off depending on whether a room is occupied or not.

How do you wire a PIR sensor to lights?

A PIR sensor typically has 4 connections that you need to be aware of. 2 of them are neutral and the others are a live supply connection and a live switch connection. A neutral wire needs to run to the PIR and another needs to come from the light. Feed your live wire from the circuit breaker into the PIR and then connect the live wire from the PIR to the lights. It is vital that your PIR sensor always has a live supply to keep everything running as it should and to reduce the chances of it becoming damaged.

If you are using a PIR sensor for outdoor lighting, it is important to seal the sensor in a material that will reduce the influences of changing temperature and weather on the sensor. Silicon is a good option for this purpose.

Once you have correctly installed the sensor, your sensor will be able to switch your lights on and off instead of using an on/off switch. If you are worried about installation, it is always best to seek professional advice.

What is the difference between a motion sensor and a PIR sensor?

PIR vs Microwave sensors – which do you need?

A microwave sensor detects motion from electromagnetic radiation. Often, it can do this incredibly quickly and can sense a range of motion, from crawling to a run. It is not affected by ambient temperature in the way a PIR sensor is, making it ideal for outdoor use. It can sense movement through walls, meaning it is less effective indoors and can create false triggers. A PIR sensor is better for indoor use as it cannot detect through walls and is less likely to be affected by changing weather and temperature.

Is a PIR sensor a camera?

A PIR sensor detects infrared. This is not a camera but a sensor. Whilst it uses infrared to “see” out, it cannot record images and detects shapes instead of fully seeing what is in your home.

How many PIR motion sensors do you need?

The number of sensors you need will depend on their placement and the viewing angle available to the sensor. For an open plan room, you will need fewer sensors than in smaller spaces that might have blind spots or corners and edges that block the sensor’s field of vision.

Where should I place my PIR sensors?

Look for the “choke points” around your home. These are in important positions in your home that will help deter burglars, such as stairs, the main hallway and the master bedroom.

For light sensors, corners are ideal and up high on the wall to provide the best coverage of the space. It is important to keep them away from places subject to wind or direct sunlight as this can minimise their effectiveness. As a general rule, keep PIR sensors 10-15 feet away from heat sources like radiators or sunny windows.

Do PIR sensors work in the dark?

Will pets set off a PIR sensor?

Pets can set off a PIR sensor, but there are several ways to work around this so they will not falsely trigger your lights or alarm. There are pet-friendly sensors designed to ignore certain shapes or detect motion above a certain height.

Can an intruder tamper with your PIR sensor?

Most PIR sensors are tamper protected so that an intruder cannot damage them or stop them from receiving infrared wavelengths. This gives you added peace of mind for your security alarm or lights.