They’re seen on almost every street all over the UK, and most of us probably don’t think anything of them, but street lights help to illuminate footpaths and roads for us during late-night wanderings. But how much does it actually cost to keep our towns and cities lit up?

With a grand total of 8,172,654 physical street lighting units in the whole of the UK as of 2016, 698,357 of them in London boroughs alone, keeping our country lit could end up being a costly feat. We’ve taken a look at government data to find out which local authorities spend the most on street lights.

The Top 3 Brightest Areas in the UK 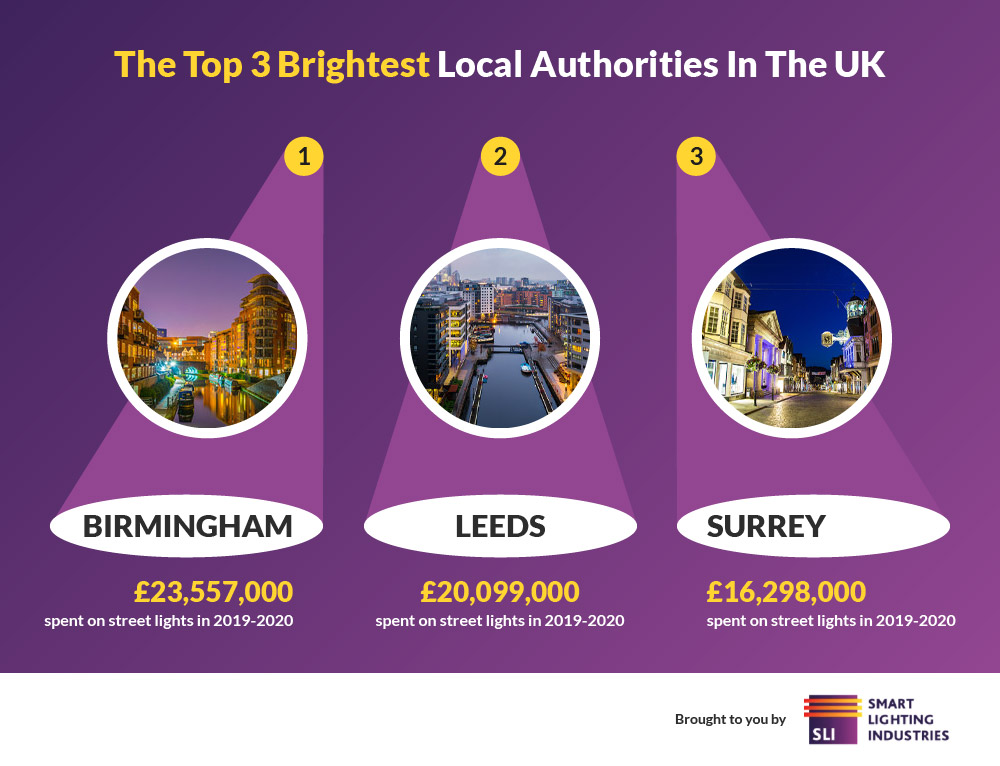 Surprisingly, the Midlands spent the most on street lighting in 2019-2020, with Birmingham alone spending £23,557,000 to keep the bustling city illuminated, working out at £21 spent for each inhabitant to cover the running costs.

Population: We collected data for the population of each local authority in the UK using the Office Of National Statistics data for 2019.